Let’s face it: some days you just wish you were famous or talented enough for employers to line up in front of you.

I mean, who’d ask Leonardo Da Vinci for a resume, right? Or would someone as smart as Albert Einstein ever struggle to find a job?

Well, you may be surprised to know that Da Vinci is credited for inventing the resume (along with many other things). And Einstein struggled to find a job for two years after graduating (despite already being recognized for his exceptional mathematical abilities).

Now imagine those guys being asked to file a modern resume?

Oh wait, you actually don’t need to since our team already did that for you 🙂 We used historical and biographical data to write modern resumes for 6 popular historical features. While our goal was to keep the accuracy as high as possible, we also gave each resume some progressive flair with our free resume templates, current writing best practices, and sprinkled in some humor!

Leonardo Da Vinci is known as the inventor of the first helicopter prototype, a diving suit, and many other amazing types of machinery. Also, he might be the first person to pen a professional resume!

In 1482, Leonardo was what we’d call today ‘seeking a new gig’ and decided to pitch his services to Ludovico il Moro, Duke of Milan. He wrote and filed an 11-point letter, summarizing his skills, core competencies, and accomplishments.

At Freesumes, we decided to give Da Vinci’s resume a modern spin and adapted it for today’s market realities, using the original text, translated by Mark Cendella.

Design based on our free resume template Sweet Summer

Frida Kahlo – the world’s most popular Mexican artist, a communist, and a femme fatal. Did you know that she wanted to become a doctor before giving away her heart and soul to the arts (and people from the arts industry)?

Here’s how Frida’s resume might have looked during her earliest and formative years (1925-1940s). 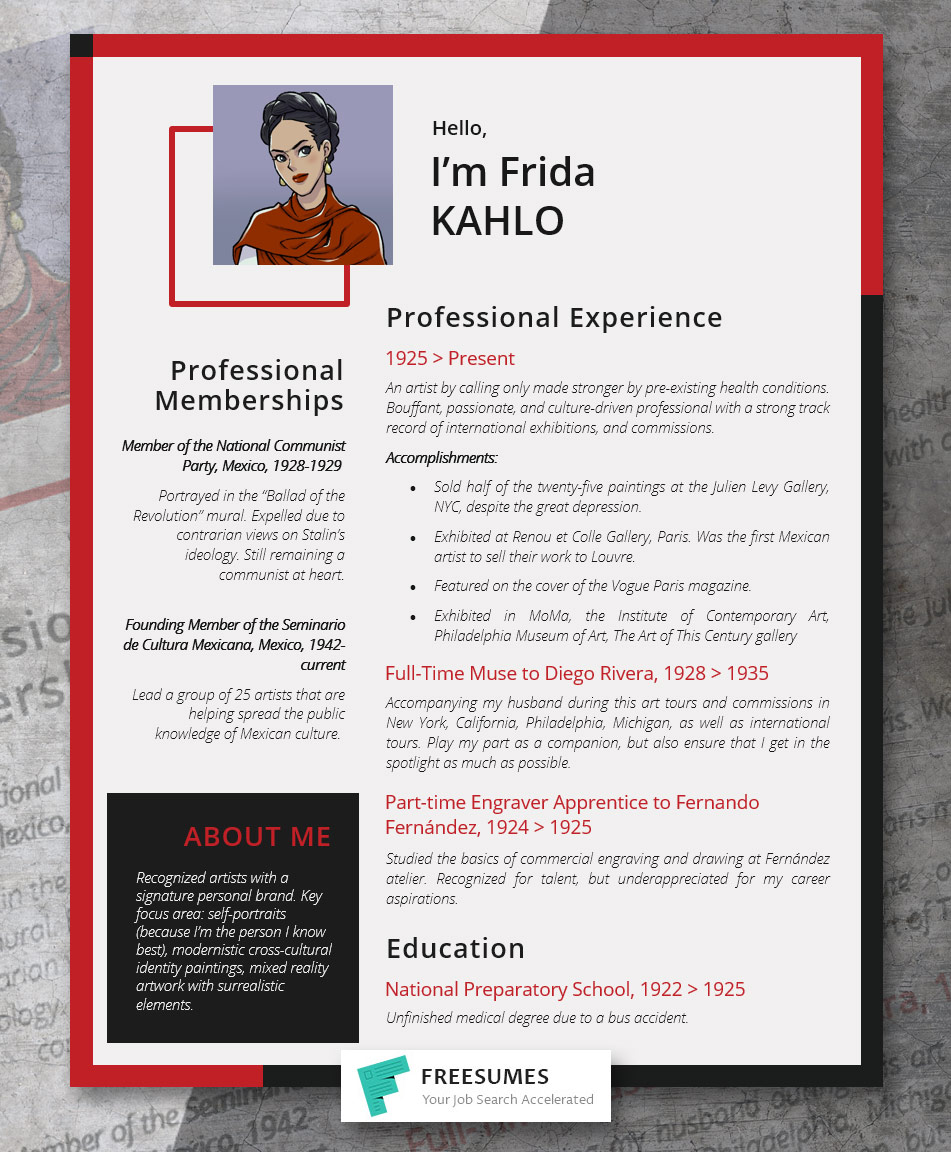 Design based on our free resume template Chili Pepper

Ernesto “Che” Guevara had a wind whirl of a career (if that’s the right word to pick). Trained as a doctor, better known as a revolutionary figure and communist leader, Che did a lot of stunts around the world, so his resume is on the bulkier side.

After pouring all his efforts in helping Fidel Castro liberate Cuba and establish a communistic rule for nearly a decade, Che was ready for a change. Here’s how his resume would look if he was to apply for a new governmental-revolutionary position in Africa. 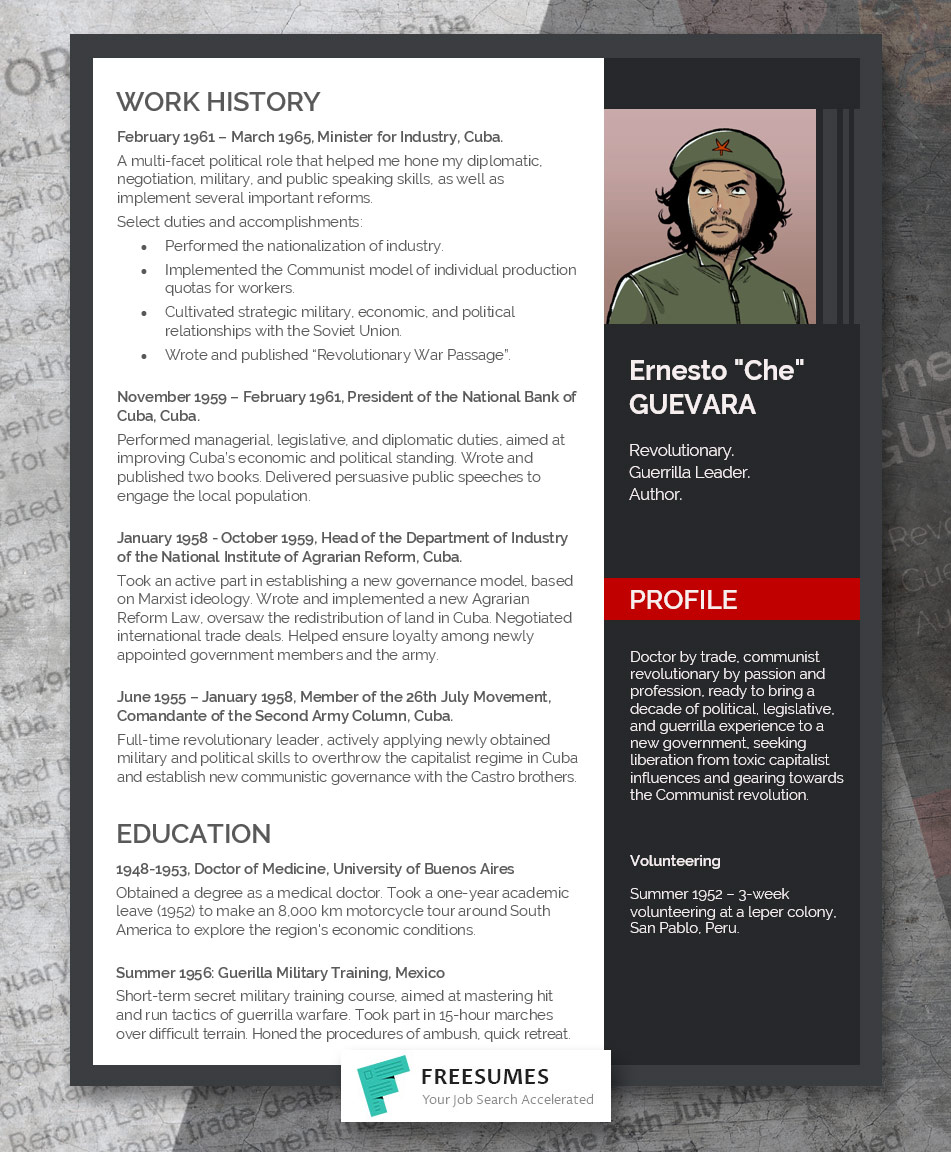 Design based on our free resume template Modern Professional

Who was Mata Hari — a prolific spy or a femme fatal who crossed the wrong lines during her numerous escapades? Historians now concluded that much of her espionage career is an amplified myth, created and curated over the years by different people, involved in her execution and subsequent coverage of the facts.

To avoid any speculations, we decided to write up a resume for Mata Hari that she could use to land another performing gig in some high-profile pre-war variety theater in Paris. 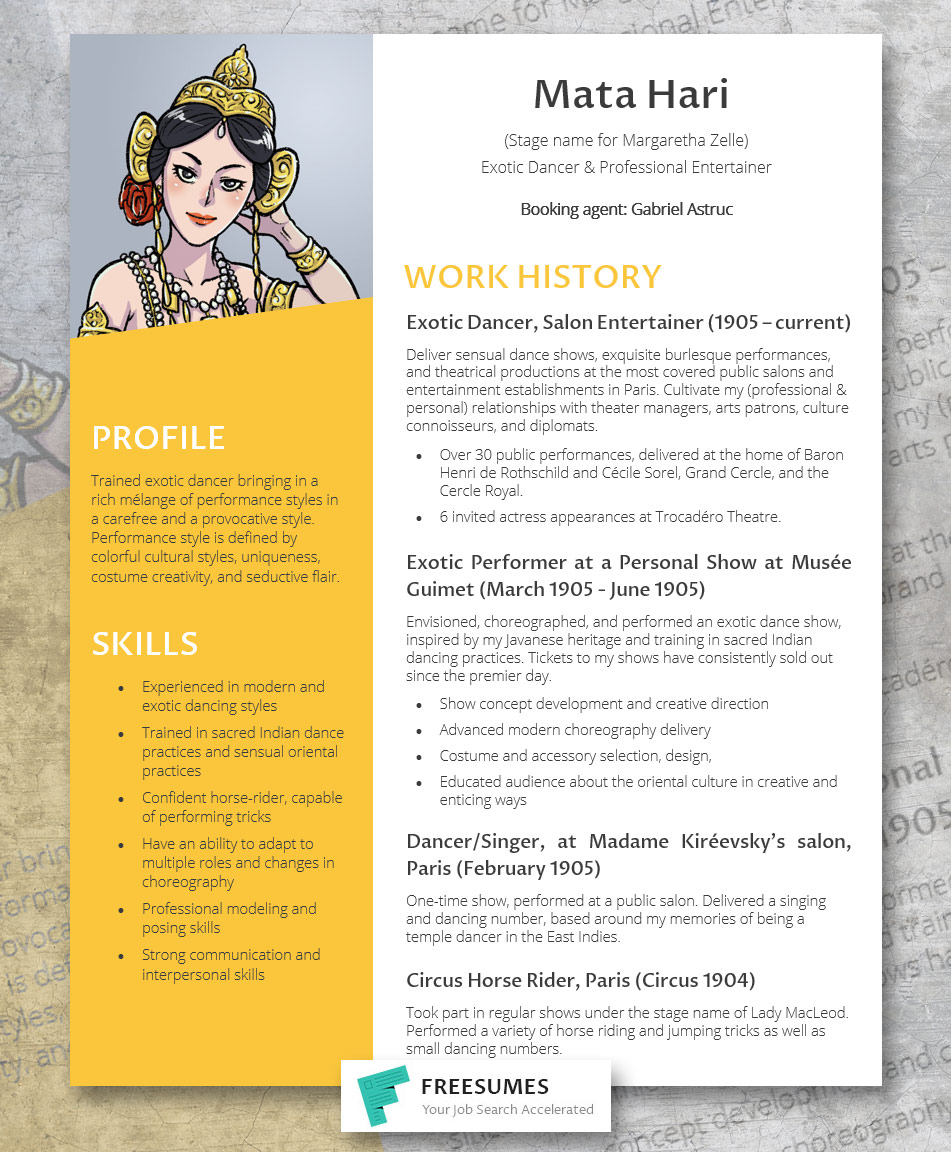 Design based on our free resume template Sunny Afternoon

Did you know that Albert Einstein struggled to find a good teaching job for two years after graduation? Perhaps the fact that he was a man with no citizenship at that time didn’t help during job interviews.

Eventually, Einstein landed a gig with the Swiss Patent Bureau. Room 86 became the place where he conceptualized his defining scientific ideas.

Below is Einstein’s version of the resume prior to winning the Nobel Prize. (Because who even needs a resume after that?) 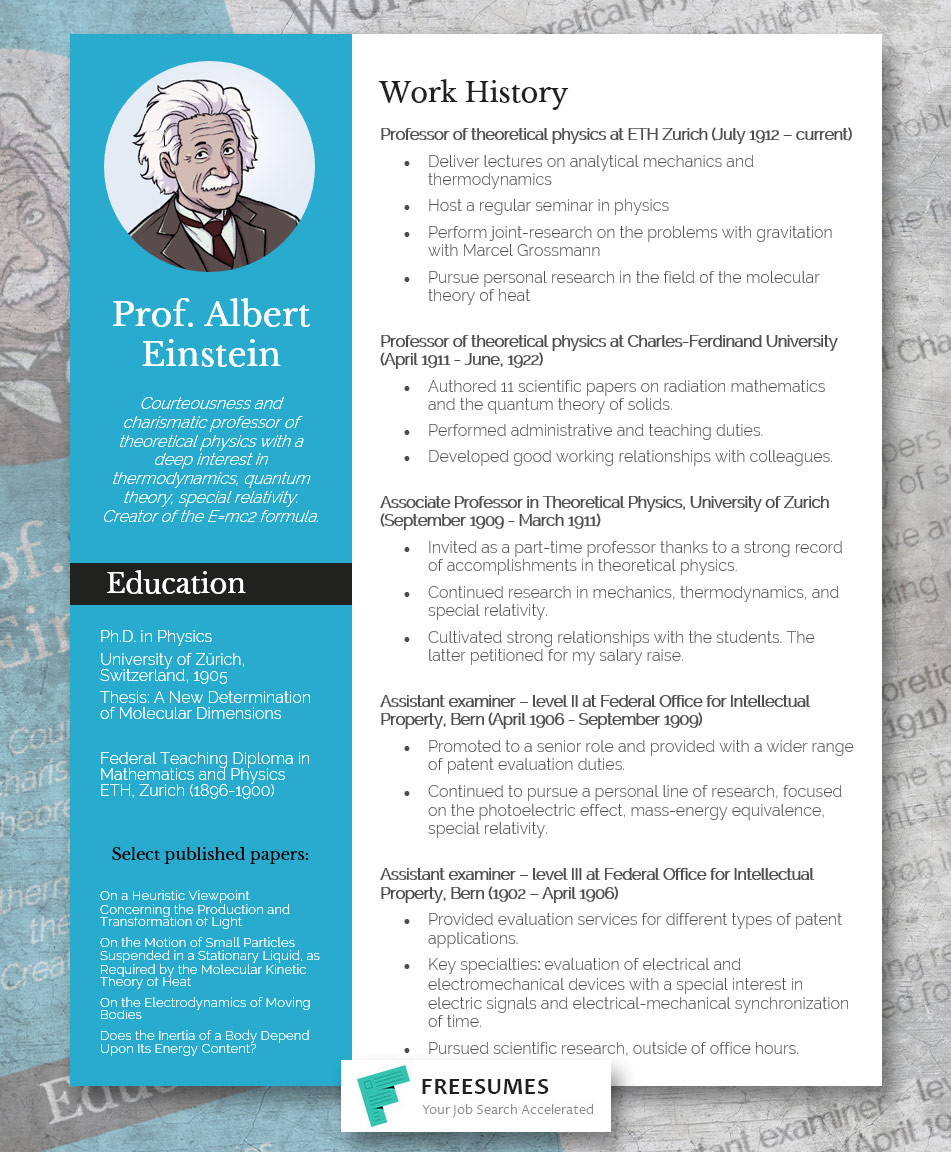 Design based on our free resume template Cyan Splash

Marie had a lot of “first” during her incredible academic career. She was:

And perhaps she was the first and only researcher to get such groundbreaking successes while doing her early chemical and radiation experiments…from a shed.

Here’s how Marie would probably write her resume if looking for a new job after defending her Ph.D. and before winning the first Nobel Prize.

Design based on our free resume template Vintage Rose

Job search can be hard on everyone, but you shouldn’t get discouraged if you are struggling to conceal employment gaps, find a new gig straight after graduation, or put your newly obtained degree to good use.

History knows plenty of figures with a less than straight career projection curve, who still ended up being widely successful.

Infographic: How 6 Historical Figures Would Have Written their Resumes Today

How to Put Babysitting on a Resume: Guide and Examples 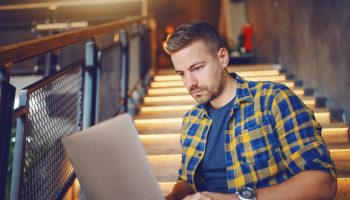 How to List Freelance Work on a Resume: Guide with Examples

What Tense Should a Resume Be In? Data-Backed Answer 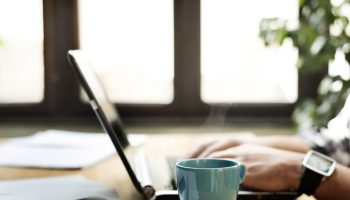 How To Put Dean’s List on a Resume? Quick Formatting Guide 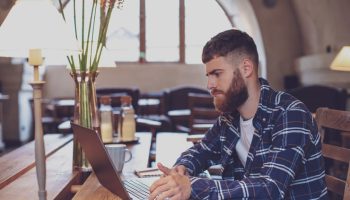 Should I Put GPA on My Resume? Detailed Answer

We use cookies to ensure that we give you the best experience on our website. If you continue to use this site we will assume that you are happy with it.Ok