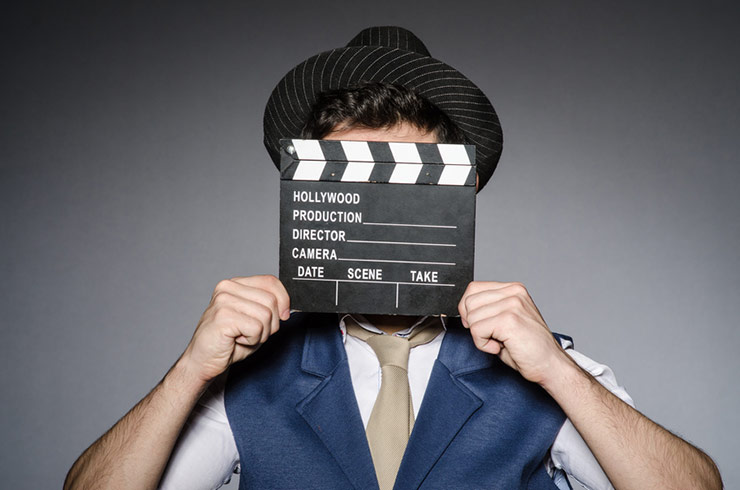 Acting is an amazing career choice, albeit a highly competitive one. You will be rivaling a lot of other good candidates even for temp jobs. Hence, think of your resume as of a movie script – it should tell a compelling story and intrigue the reader with narrative details.

In this post, we offer you some specific resume writing tips for your profession, along with a dazzling acting resume example that you can use to “compose your lines”.

How to Write an Acting Resume: The Basics

Acting is a creative profession, but still, an employer will expect you to follow some basic standards in terms of resume format and overall design:

The Best Format for an Acting Resume

The choice will heavily depend on how long you have been in the industry and whether you do acting full-time or on the side.

For prolific actors with a long track of successful engagements and roles, it’s best to opt for the standard chronological resume format.

By doing so, you’ll be able to put your most recent roles in the limelight. This way you will draw the decision-makers attention towards your progressive career development and extensive acting experience.

A functional resume format will be better suited for newer actors and those with a more modest line up of past gigs.

The particular appeal of this resume format is that it helps conceal employment gaps and place the focus on your unique talents, skills, education and other experience that may be relevant to the role you are after.

You can learn more about resume formats from our previous post.

What to Include in an Acting Resume

The first step to nail your acting resume is creating an informative header area. It should prominently highlight several things:

NB: Do not add age on your acting resume unless you are under 18.

Afterwards, stick to the more standard resume format and include the following sections:

Now that seems like a lot of writing. But don’t get to overwhelmed. Below is a sample acting resume that you can use as a reference for crafting your own! 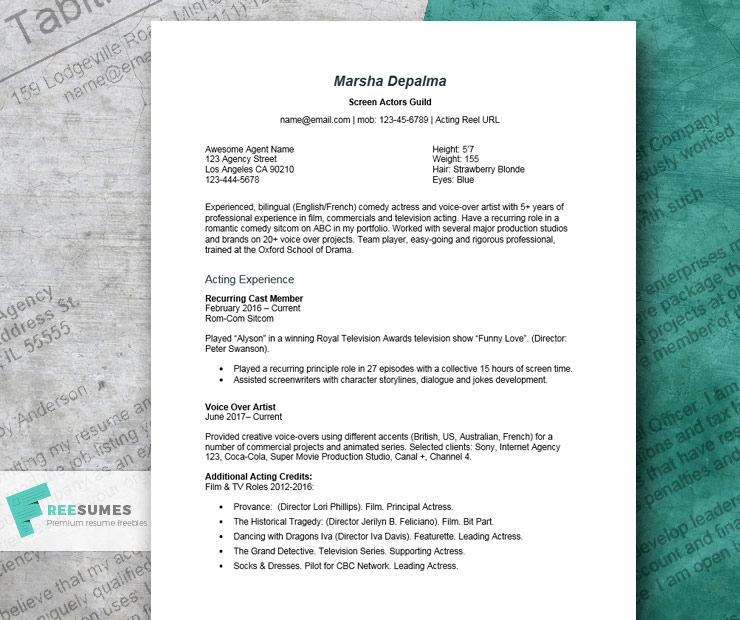 Experienced, bilingual (English/French) comedy actress and voice-over artist with 5+ years of professional experience in film, commercials and television acting. Have a recurring role in a romantic comedy sitcom on ABC in my portfolio. Worked with several major production studios and brands on 20+ voice over projects. Team player, easy-going and rigorous professional, trained at the Oxford School of Drama.

Vocal Styles: friendly, youthful and relatable for portraying young adults. Character voices, both dramatic and caricature. Can perform voice-overs both in English and French.

This sample acting resume gives a diverse look into how you can combine and organize your scattered work experience in an easy-to-read manner. The author chose to highlight two of her most recent engagements and briefly list past roles. The resume is data-rich, yet can fit into one page, offering the decision-make a quick overview of everything the hire has to offer.

If are struggling to squeeze in all our credentials into a single page, try using one of our creative resume templates to give your application a better structure! 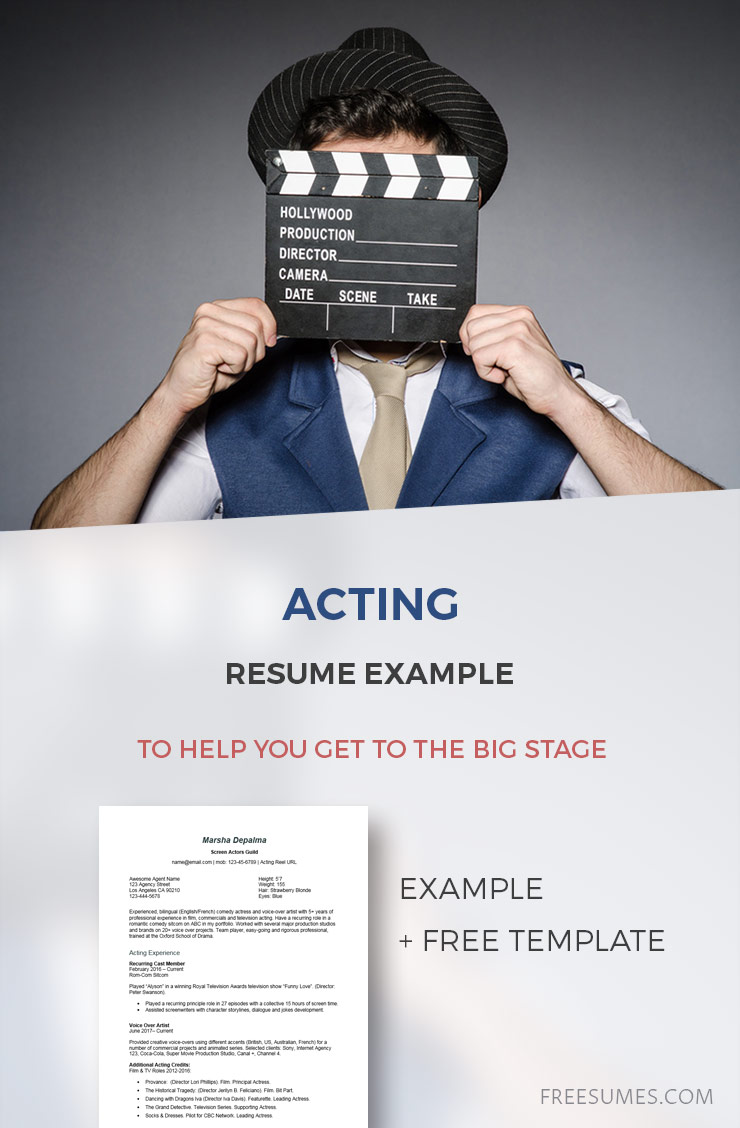 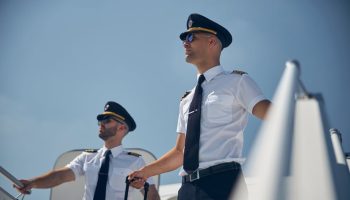 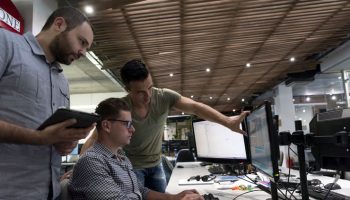 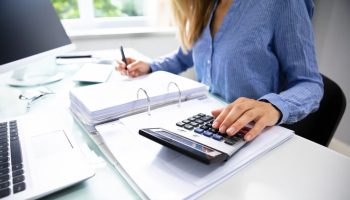 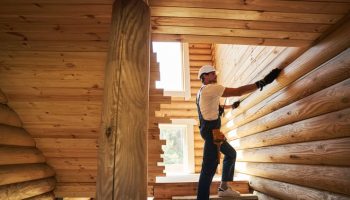 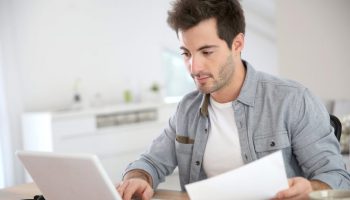 What is a skills-based resume and should you use one?