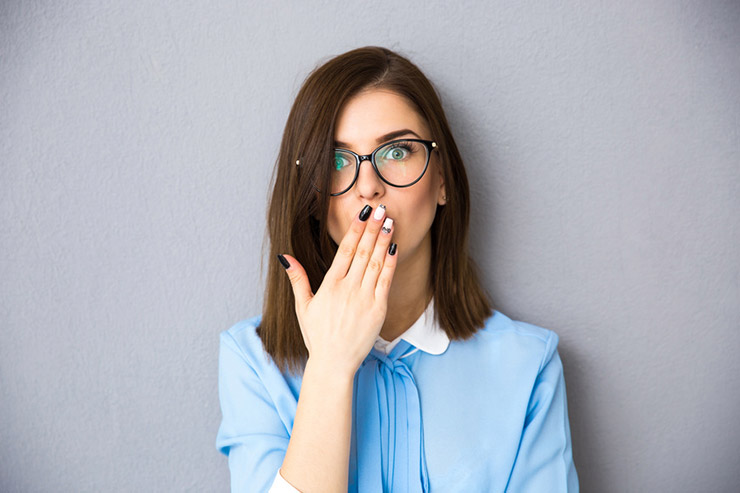 When it comes to job interviewing, two somewhat opposite statements are true. First, you shouldn’t mince your words. But then you should also carefully consider what you are saying.  To gain the attention of a potential employer, you must understand what makes you unique and be able to demonstrate it in your interview. Your choice of interview buzz words will largely shape that impression.

So which keywords to use in an interview and which ones to drop? Here are our suggestions!

If you are struggling to decide what to say in an interview, launch into discussing your results. Every interviewer perks up when they hear concrete examples, and better yet — numbers, detailing what you’ve achieved previously. Also, don’t forget to mention how you plan to deliver the same results in the new role.

Solid management skills are universally demanded for an array of roles, including those without “manager” in the title. Because every employer wishes to work with someone who’s organized and can help rally others around the shared cause. When given a chance, talk about your experience with leading team(s) and achieving certain positive outcomes. 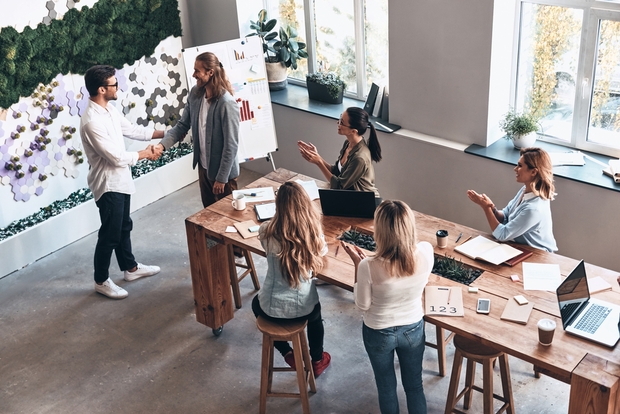 In the same vein, “team player” should be among the top keywords you use in an interview. One “hard-to-deal-with” team non-player can undermine the effectiveness of the entire work unit. Thus, interviewers try to appraise how different personalities will fit into their current department setup and overall company culture. You want to appear as a “universal” match.

When you talk about your team-player qualities use the following power words:

Emotional Intelligence (EQ) stands for your abilities to do two things:

LinkedIn data found that in 2020, EQ was one of the most in-demand soft skills among employers. What’s more — employees with high emotional intelligence were more likely to get promoted. So bring it into the discussion when a chance comes up!

Employers want decisive candidates, especially when hiring for leadership and managerial positions. Show that you are ready to come in and get the job done. The simplest way to do so is by researching the company in advance. Then create a preliminary 60 or 90-day plan of what you plan to achieve in that period and relay it to the interviewer. 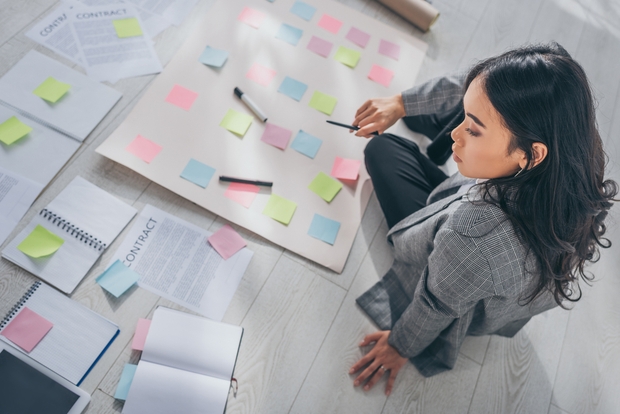 To avoid sounding too rehearsed during the interview, break down your plan into short, KPI-driven bullet points. For example:

Modern workplaces are often full of “doers”, but have far fewer “resolvers” — people with strong analytical and problem-solving skills that can deal with complex problems and underlying inefficiencies.

Show that you can be such an asset. Describe your experience with successfully locating root causes of problems, optimizing processes, “hacking together” better routines, and helping people around you get unblocked in whatever it is that they are doing!

People with strong interpersonal skills are often selected to mediate and facilitate complex negotiations, take over multi-facet projects, and perform other thrilling tasks. Also, good mediators are highly regarded by their colleagues, due to their conflict management and problem-solving abilities, and respectively — by more senior peers. If that’s who you are, bring that detail into the conversation.

Interview Keywords To Avoid During an Interview

When asked in an interview about your past education or work experience, try to refrain from saying ‘I went’ too often or at all if you can avoid it. ‘I went’ sounds like you are referring to the past in a way that is no longer of any importance to you, especially if you over-use it.

Use ‘I attended’ instead. This is a much more positive and engaging way to describe your history, ‘I attended Wentworth Academy where I studied…..’ sound much better than ‘I studied science when I went to school’.

In conversation, people will use the word ‘honestly’ to add emphasis to their message. However, should you use this during your interview in an answer to a question, your interviewer may wonder if your other statements were not quite so honest. This could create an awkward atmosphere, especially if the interviewer is asking for the reasons why you left your last job. 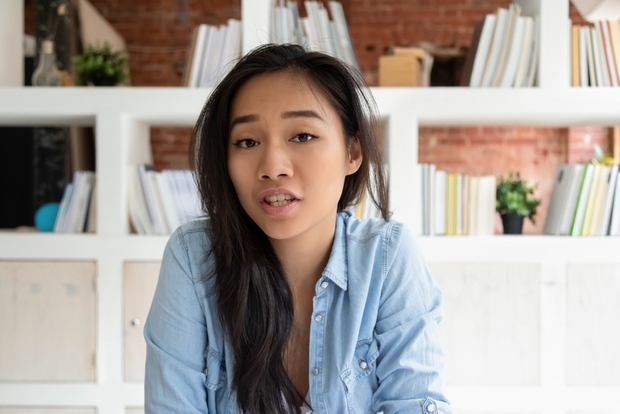 We all want to come across as enthusiastic and positive in our interview, but constantly repeating unnecessary words such as ‘really’ or even worse repeating them twice, ‘I really, really enjoyed my time at Smith and Smith accountants’ is going to grate on an interviewers nerves.

Also, avoid the kissing cousins of “literally” such as “basically”, “actually”, and “naturally”. As a rule of thumb, you should prioritize strong words — think verbs, over adverbs.

Using the word ‘maybe’ in your job interview can make you sound somewhat unconfident — and that’s the last thing you want to project. The interviewer may treat those ‘maybes’ as a sign that you are not really interested in this job opportunity or second-guess your ability to deliver. 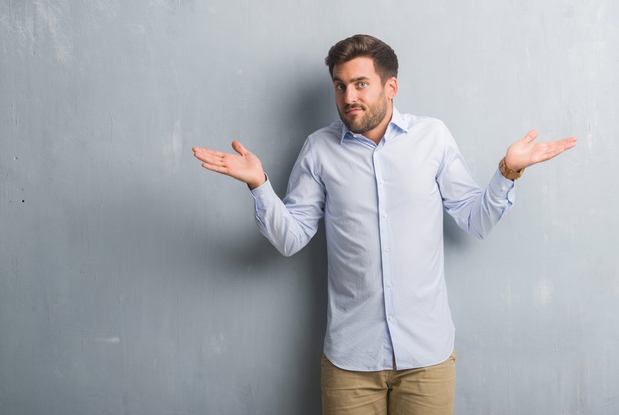 ‘Stuff’ is a non-word. It doesn’t mean anything specific. It is a casual way to refer to activities you did or objects you own without any detail. Telling your interviewer that you attended a course and picked up a lot of stuff isn’t going to impress. You need to be able to deliver details that your interviewer wants to hear, not that you consider courses and training as ‘stuff’ that isn’t important enough to be explained in detail.

Unpack your “stuff” as:

7. Don’t Have Much Experience, But…

You can also check this post to learn more about how to discuss your weaknesses in a job interview.

You need to keep your interviewer engaged if you are to stand any chance of landing a job. This is why there are some interview buzz words that need to be added or dropped from your interview to enable you to come across as the super-smart cookie that you truly are. 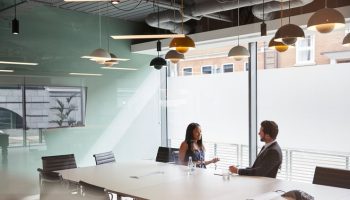 8 Final Interview Questions and Answers to Close the Deal 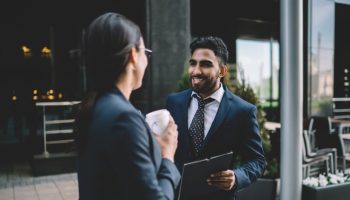 Informational Interview: What is It and What Questions to Prepare 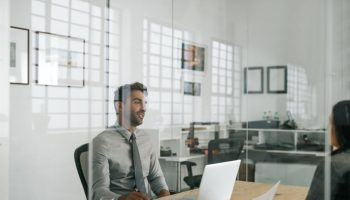 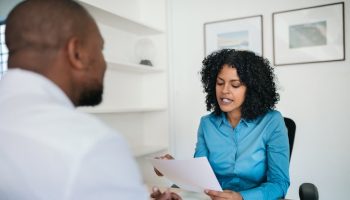 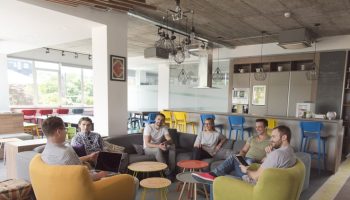 What is a Peer Interview and How to Ace it?